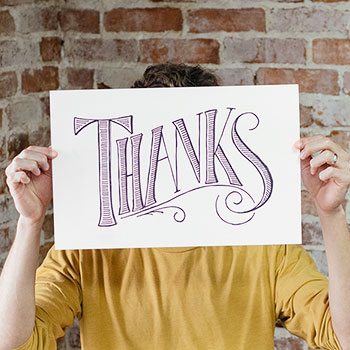 Aside from the Fourth of July, Thanksgiving is as American as it gets. We look past our differences and all awareness of personal space and we're grateful for everyone and everything – especially the fact that the 4,500 calories we just consumed won't actually count because Thanksgiving is magical like that.

Do not question it. Just eat more pie.

For a whole day, we could almost pass for one of those perfect families in the Hallmark holiday movies. You know, the ones that suck you in even though it’s already half way over and stars all the actors you’ve never heard of. Oh, and Candace Cameron Bure. While mildly entertaining and perfect for lulling you into an afternoon nap, Hallmark movies just don’t do justice to the insanity that’s bound to ensue. Which is why we love Publix’s Thanksgiving commercial. Because turkeys do burn, the little people will knock over every full glass of sweet tea and someone is always bound to lick the spoon that’s being used to serve the sweet potato casserole. So take a moment to enjoy some of our favorite Thanksgiving memories – both the wonderful and the wonderfully messy. 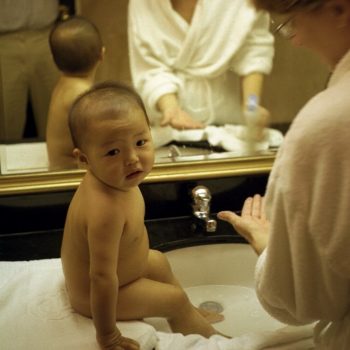 Most memorable Thanksgiving? Has to be 2001. Flying from Memphis to Chicago to Bejjing to Changsha, which made it a little tough to whip up a holiday family feast. However, we did manage to find time to baste this cute little turkey in the hotel room bathroom. It was Libby’s first real bath after spending the first few months of her life at the orphanage. When we got home, we discovered enough leftovers in the fridge to feed a battalion of Chinese soldiers (thanks to family and friends) – so we did eventually get to experience our traditional tryptophan high. Along, of course, with the high of becoming parents to an amazing little girl.

One of my favorite early Thanksgiving memories is from when I was 16 years old. We were celebrating at my grandmother’s house in Springfield, Massachusetts as we usually did during my entire childhood. The old house always smelled awesome with her cooking. When we were all seated, she would dramatically carry out the 24 lb. turkey on a big platter. This particular year, for some reason, she chose to pull my four-year-old brother, Tommy, into the kitchen with her. (I should add that my grandmother was often pretty tipsy by the time dinner was served, so that may have lead to the decision.) To everyone’s surprise, Tommy came teetering out of the kitchen carrying the enormous turkey that was probably half his weight with Grammy following. Just as he got near the table, the turkey slid off the plate and tumbled to the floor. Time stood still.  We had all screamed, and Tommy was horrified until my grandmother calmly said, “That’s alright, Tommy – we’ll just pick it up, bring it back into the kitchen and get the “other” (wink, wink) turkey.” We all had a big laugh about it. I guess the “five-second rule” myth kicked in back then.

My most memorable Thanksgiving was also the most unconventional (and probably the most obnoxious to write about, but whatever, it was my favorite). My husband proposed to me in the summer of 2010.  At the time, I was living with an Amherst alum who was generous enough to let me stay at his house during my internship in Washington D.C. Former lawyer, current art collector and perpetual romantic, he gave us the most wonderfully outrageous engagement present: Thanksgiving week in his turn-of-the-century apartment in Paris. We had an amazing time wandering around the city, pretending to be Carmella Soprano (“Who could have built this!”) and sabering champagne bottles (just because). Even though we weren’t in the states, I still insisted that we cook some kind of Thanksgiving meal in our little kitchen. We had coq au vin instead of turkey and a cheese plate instead of pumpkin pie, but the spirit was the same and I can’t imagine a better way to spend your first Thanksgiving with someone you love. 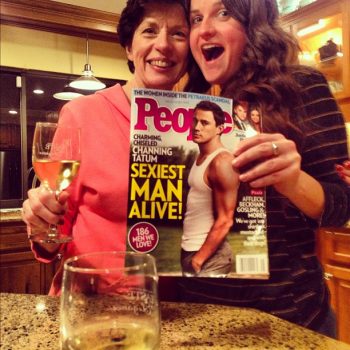 When I think of Thanksgiving, I think of one word: laughter. In 2012, our family was experiencing the holiday for the first time after a very tough year, but Thanksgiving always reminds us that there are so many reasons to be thankful and love life – especially while wine and Channing Tatum exist on this planet.

My favorite Thanksgiving was the year my family went to North Carolina for Thanksgiving 10 years ago, despite it being the year the refs gave the game to Florida State. I come from a large family (18 cousins on my dad’s side), so it’s like something out of the Lord of the Rings every time we go somewhere. We had a mountain house that bordered a disused ski resort, since the slopes were green. During the week we trekked 604 steps to the top of Amicalola Falls, where snow flurries were falling, up to the top of Grandfather mountain, where the wind was strong enough to lift me into the air as I ran across the parking lot, and to Linville Cove, where one of the company had to be rescued from the river. But what made it perfect was the sudden and heavy snow that came the day after Thanksgiving, and after everyone hurriedly threw on five layers of clothing, the ski slope was back in service.

I don’t necessarily have a single favorite Thanksgiving memory, but I can definitely say that my favorite part is spending time with my family. I remember when I was little, we would ALL get together, watch the parade, eat ourselves sick and then play board games/watch football until we were hungry again. I was the only little person back then so at some point, my uncles would either tickle me nearly to death or pretend like they were going to hang me by my toes from the ceiling fan. (I mean, is that even possible?) This year, we met in the middle (North Carolina), and it’s actually the first year in quite a while that we’re all together. I’m looking forward to making new favorite memories. 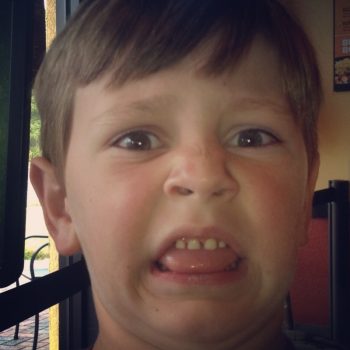 That time I made the tofurkey instead of a real turkey for my family. It wasn’t received well, and I’ve vowed to never do it again.

Written by Whitney Nall, Account Executive at CNP
Whitney is the pint-sized powerhouse of our Accounts team. A graduate of USF Poly, she joined CNP in 2012 and has been moving mountains for her clients with grace and good humor ever since.
Show Comments 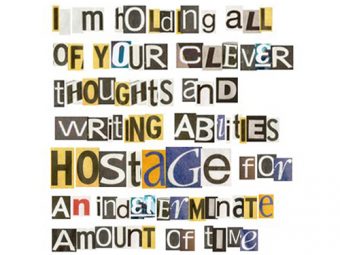